Keeping the momentum going after participating in two tournaments last week, several members of our Team RSM family are also playing in this week’s Houston Open. The tournament is taking place at the Golf Club of Houston in Texas, and we’re envious of the warm weather! Team RSM Member Chris Kirk and past RSM Classic winners Mac Hughes (2016), Robert Streb (2014) and Ben Crane (2011) are playing in the tournament.

Below are their tee times for Thurs., March 29:


Best of luck to our “guys” this week!

And speaking of luck, we have another giveaway contest underway. The Easter bunny will be giving away baskets full of treats soon, and so will we!

Head over to our RSM Classic Facebook page for a chance to win everything pictured on the right! Once you’re on the page, all you have to do is: 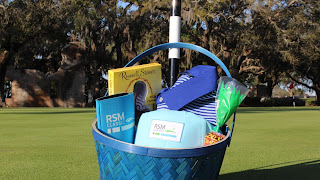 The winner will be announced on April 2 – stay tuned!

And in other sports-related news, we’re looking forward to next week’s March Madness championship game! A future congratulations to the two teams that qualify for the big game, as well as to those with brackets still intact!

Check back next week for more on Team RSM, The RSM Classic (Nov. 12-18, 2018) and other golf-related news.
Posted by Kimberly Bartok No comments:

We’re kicking off the first few days of spring with a busy week for Team RSM and golf fans. The USGA announced this week that Davis Love III will make his U.S. Senior Open debut this year! Several publications featured the news, including Golf Week. See an excerpt from the piece here: 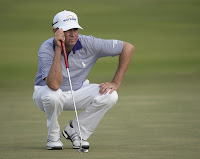 "There's no doubt Davis Love III still has game. As recently as 2015, the 21-time PGA Tour winner and World Golf Hall of Famer earned the title at the Wyndham Championship, becoming the third-oldest golfer ever to win a PGA Tour event.

Love, who has returned to action since a November hip-replacement surgery, will make his debut at a senior major, the USGA announced on Monday, with Love accepting a spot into the 2018 U.S. Senior Open at The Broadmoor in Colorado Springs, Colo. Love turns 54 on the Friday after this year's Masters, but has remained a mainstay on the regular tour playing 61 PGA Tour events since turning 50, compared to just nine PGA Tour Champions tournaments.”

Over on the course, there are two tournaments underway, and several members of our Team RSM “family” are joining in on the fun!

While the event got underway yesterday, below are their tee times for Thurs., March 22:

Below are their tee times for Thurs., March 22:

Best of luck to everyone this week!

And taking a look at last week’s Arnold Palmer Invitational, Team RSM member Chris Kirk finished with a -7 at over the weekend! See below for how other members of Team RSM did as well. 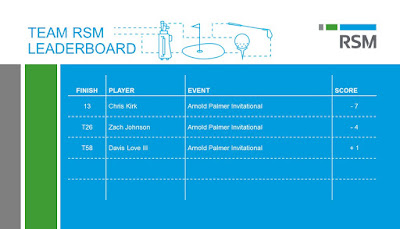 Check back next week for more on Team RSM, The RSM Classic (Nov. 12-18, 2018) and other golf-related news.
Posted by Kimberly Bartok No comments:

The Arnold Palmer Invitational is underway at the Bay Hill Club & Lodge in Orlando.

To honor Palmer’s legacy, as “golf’s greatest ambassador,” the PGA TOUR announced an hour-long special entitled “PGA TOUR 2018: Mr. Palmer’s Legacy presented by Mastercard”, which can be viewed on the TOUR website here.

“Considered to be golf's greatest ambassador, Arnold Palmer owns a legacy which to this day is felt by so many throughout the world. In this 60-minute NBC special, we explore Mr. Palmer's greatest attributes which led to his profound impact on the game, and how it's still seen through players and tournaments on the PGA TOUR.”

The Arnold Palmer Invitational also compiled a piece about the “Top 18 Moments” of the tournament, which includes Arnold’s '71 Florida Citrus Open victory and the name change of the tournament in his honor.  To read more about the history of Orlando's Signature Event, please see the full article here. 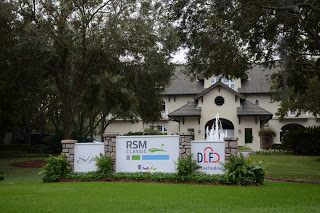 As we wrap up our post for today, we’d also like to wish a very happy belated birthday to our 2017 RSM Classic champion, Austin Cook! At the most recent RSM Classic, Austin closed with two birdies for a 3-under 67 and a four-shot victory. His special day was on Tues, March 13 – we hope you had a great time celebrating, Austin!

It’s a busy week in the world of golf! The action is coming from the sunshine state, where the Valspar Championship is currently underway at the Copperhead Course at Innisbrook Resort and Golf Club in Palm Harbor. And it’s a pretty full house!

Team RSM Members Davis Love III, Zach Johnson and Chris Kirk are all playing, along with past RSM Classic Winners Austin Cook (2017), Mac Hughes (2016) and Robert Streb (2014). Below are their tee times for Thurs., March 8: 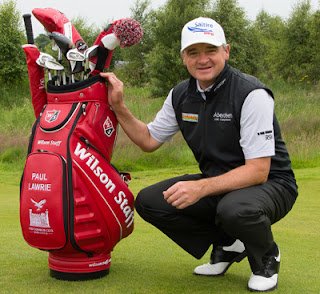 For those of us who aren’t participating in the Valspar Championship, we might be in need of a golf lesson. Well, Team RSM Member Paul Lawrie may have us covered! Head over to Bunkered Online’s Facebook page for more information about their recent contest which is open to anyone available to attend the 2018 Scottish Golf Show on Friday, March 23. One lucky winner will receive a free golf lesson from Paul!


Posted by Kimberly Bartok No comments:

Aim for the (five) stars!

It’s that time of year again! The Forbes Travel Guide recently revealed the 2018 Star Award winners, and we’re not surprised by the results. Forbes recognized Sea Island, home of The RSM Classic, with five 5-star awards!

Read on for some of the highlights and find more details here. 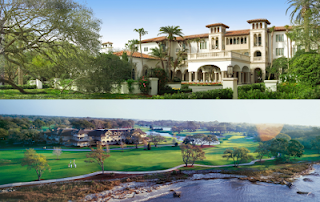 The more we think about beautiful Sea Island, the more excited we get for this year’s RSM Classic  - 256 days to go!

This week on the golf course, the World Golf Championships-Mexico Championship is taking place in Mexico City. Playing in the tournament is past RSM Classic winner Kevin Kisner (2015).

Below is his tee time for Thurs., March 1:

We wish Kevin the best of luck this week!

And head over to the Golf Channel Academy’s Twitter page to watch Team RSM Member  Zach Johnson share some of his tips for improving your short game! Watch the video here.