Everything Old is New Again

There was some exciting news in the world of golf earlier this week. The R&A announced that golf's oldest championship, “The Open,” will return to the home of golf at St. Andrews in 2021 for the 150th edition of the championship.  Golf Channel provided additional information about the tournament and gave a shout-out to Team RSM Member Zach Johnson! See an excerpt below: 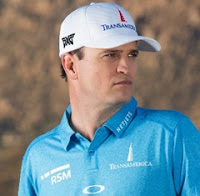 “The tournament will be held July 15-18, 2021. It will mark the first Open at St. Andrews since 2015, when Zach Johnson defeated Louis Oosthuizen and Marc Leishman in a playoff to win his second career major and first claret jug.

This week in tournament news, the action is coming from the sunny Pacific Palisades in California, where the Genesis Open is in full swing. While members of Team RSM are not playing this week, we do have a few familiar faces out on the course. Past RSM Classic winners Austin Cook (2017) and Robert Streb (2014) are playing, and we wish them both the best of luck! Below are their tee times for Thurs., Feb. 15:

Check back next week for more on Team RSM, The RSM Classic (Nov. 12-18, 2018) and other golf-related news. Next year’s tournament is just nine short months away!
Posted by Kimberly Bartok