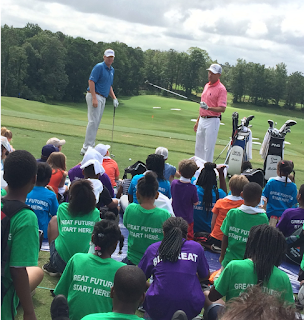 Before the start of the tournament, major champion Davis Love III and Dru hosted a golf clinic for children from the Opelika/Auburn area on Tues., July 18 at the Robert Trent Jones Golf Trail at Grand National. The Junior Clinic was sponsored by Alabama Power and the Barbasol Championship.

During the interactive clinic, the children learned about the game of golf and how it promotes core values, including honesty, integrity, responsibility, courtesy, sportsmanship and respect. (Those align nicely with RSM’s core values of respect, integrity, teamwork, excellence and stewardship, don’t you think?)


Playing in the Open Championship are Team RSM members Zach Johnson, Paul Lawrie, Andy Sullivan and Paul Waring, as well as past RSM Classic winners  Robert Streb (2014) and Kevin Kisner (2015). Below are their tee times for today (Thurs., July 20).

Best of luck to all “our guys” this week! 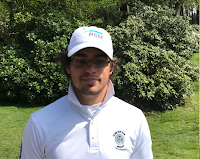 And speaking of Team RSM, we have yet another new member! Our network firm RSM Germany recently teamed up with European Tour player Hinrich Arkenau.  After an impressive career as an amateur in Germany and as a college golfer in the U.S., Hinrich decided to turn pro in 2015. The year after, he won twice on the Pro Golf Tour and almost qualified for the Final Stage of the European Tour Q-School. In 2017, Hinrich played in his first event on the European Tour, the BMW International Open in Munich. Shortly after, he won his third tournament on the Pro Golf Tour and shot 59 (13 under Par) in the first round! Check out a few of his career highlights: