Best Wishes All Around for Team RSM and The RSM Classic! 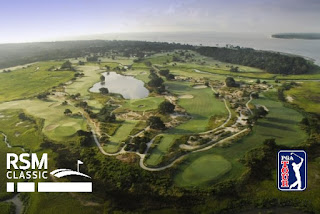 Big news was recently shared from Sea Island, home of The RSM Classic, an official PGA TOUR FedEx Cup event hosted by Davis. RSM US LLP (“RSM”), title sponsor of the tournament, joins the Davis Love Foundation, host organization of The RSM Classic, in welcoming Todd Thompson as tournament director. After an extensive executive search, Thompson was selected to help oversee the tournament staff and daily operations of this event, which will be held this year November 13-19 at Sea Island Golf Club on St. Simons Island, Georgia. 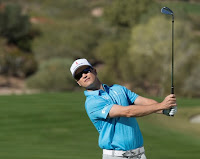 One of the largest golf weeks in the world – if not THE largest, is taking place next week: the 2017 Master’s! Take a look at the unofficial list of the 94 players already committed to play in this year’s event. (There’s still time to qualify before play begins April 6 at Augusta National Golf Club.) You might see a few familiar names on the list, including Team RSM members Zach Johnson and Andy Sullivan, along with past RSM Classic winners Mackenzie Hughes (2016) and Kevin Kisner (2015). Who do you think we’ll be rooting for?!


Be sure to check back next week to learn the latest on Team RSM and the 2017 RSM Classic.
Posted by Unknown No comments:

Golf, with a side of weird

We’ve just passed the eight-month mark until the eighth annual RSM Classic (Nov. 13-19, 2017), so while we still have plenty of time before this year’s tournament, we’re already planning and celebrating (at least to some extent). Join us by watching this video. The shared values between Sea Island (home of The RSM Classic) and RSM US LLP (“RSM”) make the island the perfect location for the tournament, a PGA TOUR event that RSM is proud to sponsor. Bill Gorman, COO for RSM US LLP, sat down with Sea Island’s President and CEO Scott Steilen, to discuss what makes Sea Island such a special place.

Want to know what the Ryder Cup USA and Arnold Palmer mean to Team RSM Member Davis Love III? In an interview with Kingdom, Davis shares his thoughts on 2016, a memorable year for him personally and for the game of golf. During 2016, Davis served as captain of the American Ryder Cup Team, which took home the trophy for the first time since 2008. Also last year, Davis was invited into the World Golf Hall of Fame, and sadly, he lost a dear friend when Arnold Palmer passed away on September 25. The article does a great job of delving into some of Davis’ personal thoughts into the year’s highs and lows.


It’s a good week for golf fans, as two tournaments are underway! The Puerto Rico Open is taking place in Rio Grande, and the World Golf Championship – Dell Technologies Match Play is happening in Austin. In Puerto Rico, past RSM Classic winners Ben Crane (2011) and Chris Kirk (2013) are playing. Chris started his day at 7:40 a.m. UTC, teeing off from tee No. 1 and Ben started shortly after at 7:50 a.m. from tee No. 10. In Austin, Team RSM members Zach Johnson and Andy Sullivan are joined by one other past RSM Classic winner, Kevin Kisner (2015). All starting from tee No. 1, Kevin started at 10:14 a.m. CT; shortly after at 10:58 a.m., Zach teed off; and Andy starts his day at 2:05 p.m. Best of luck to all “our guys” this week!


In the event you’re not familiar with Austin, the city’s Independent Business Alliance adopted “Keep Austin Weird” as the city’s slogan in 2000, and that attitude of ‘celebrating uniqueness’ spills over into the game of golf – even impacting the way they predict the World Golf Championship winner, which involves dogs and pizza. Seriously. Sid, the Dog Mayor of Austin, recently made his pick. Watch this video and let us know if you agree with his prediction…


Continuing our focus on the (ahem) uniqueness of the vibe in Austin, the PGA TOUR recently shared some of golf’s quirky swings, wacky clothes, and more in this somewhat offbeat article here. Wonder what we’ll see on the course this week? You can bet we’ll be tuning in to find out!


Check back next week to learn the latest on Team RSM and other fun golf-related topics!
Posted by Unknown No comments:

In Honor of Arnie’s Army

This week, the golf community is showing its love and support for Arnold Palmer during the Arnold Palmer Invitational. Playing at the Bay Hill Club & Lodge in Orlando, Team RSM Member Zach Johnson is joined by past RSM Classic winners Chris Kirk (2013), Kevin Kisner (2015) and Mackenzie Hughes (2016). From tee No. 10, Kevin teed off at 8:47 a.m. ET; shortly after at 8:59 a.m., Zach teed off from No. 1 and Mackenzie from No. 10; Chris will start from tee No. 1 at 1:20 p.m. Best of luck to all “our guys” this week.


In honor of Arnie, there have been numerous tributes to “The King”, including:


-          The PGA TOUR shared an incredible story about “The Man Who Inspired An Arnie,” which highlights Arnold’s life, including great stories and stunning photos throughout his career. We highly recommend you take the time to check out this piece.


-          Rickie Fowler will be playing in Arnold Palmer inspired golf shoes during the tournament and the PGA TOUR players are also wearing belt buckles featuring his iconic umbrella logo.


Arnold changed the game of golf, both on and off the course. Sharing stories from the course, the PGA TOUR has also released a few videos leading up to this week. Check them out:


The legacy of Arnold Palmer
From 62 PGA TOUR wins, to opening two hospitals, and everything in between, Arnold Palmer truly was a pioneer in the game of golf and in the community.

The Legend of Arnold Palmer

Arnold Palmer lived by one life principle, “Go for it.” Nicknamed “The King,” Palmer racked up 62 PGA TOUR wins throughout his career, including seven major championships.


Arnold Palmer’s treasure chest in Latrobe
Latrobe, Pennsylvania was not only Arnold Palmer’s home but it is also where he has kept and built a lifetime of memories. Take a look at his collection from a historic life unmatched by any golfer.


Stay up-to-date on Team RSM, The RSM Classic (Nov. 13-19) and other fun golf-related activities by checking back here every Thursday – and/or follow us on our social channels for more timely news @TheRSMClassic, on Facebook and on LinkedIn.
Posted by Unknown No comments:

In the sunshine state, the Valspar Championship is underway at the Copperhead Course at Innisbrook Resort and Golf Club in Palm Harbor, northwest of Tampa. While members from Team RSM are not playing this week, we do have a few familiar faces out on the course. Past RSM Classic winners  Ben Crane (2011), Chris Kirk (2013) and Robert Streb (2014) are all playing. Starting his day from tee No. 1, Chris teed off at 8:56 a.m., ET; teeing off at 12:40 p.m., from tee No. 10 was Ben; and from tee No. 1, Robert teed off at 1:13 p.m. Best of luck to the three of you this week! 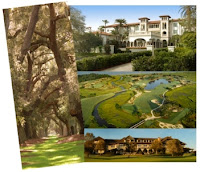 Congrats are in order for Sea Island, home to The RSM Classic. U.S. News released its ‘Best Hotels in the USA,’ and Sea Island Resorts – The Lodge and The Cloister – took the top two spots for the best in Georgia! On the overall list of the best in the USA, The Lodge ranked No. 5, and The Cloister ranked No. 55. These rankings are just the most recent in a steady flow of accolades Sea Island continues to accumulate for its beauty and amenities. We’re looking forward to returning to the island in November for this year’s RSM Classic! 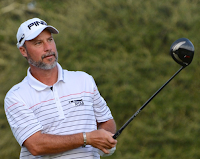 Earlier this week, we learned of some sad news from Team RSM Member Chris DiMarco. On March 6, Rich DiMarco, Chris’ dad, passed away. We at RSM send our deepest condolences to the DiMarco family for their loss.  Chris’ organization ‘Tee Up for Life’, partners with the American Cancer Society to help fight against cancer.   If you’re inclined to make a donation, please visit the  American Cancer Society, in honor of Rich DiMarco.
Join us next Thursday for more updates on Team RSM and the 2017 RSM Classic (Nov. 13-19).
Posted by Unknown No comments:

Earlier this week, we shared another video  - this one to celebrate the month of “love,” with RSM US LLP CEO and Managing Partner Joe Adams, talking with Team RSM Member Davis Love III about the teamwork and leadership related to being the 2016 Team USA Ryder Cup Captain. Among the essential elements required for success in this role, Davis highlighted the importance of having trusted advisors. Watch the video to hear more from Davis:


But that’s not all…we’re also celebrating the fact that Sea Island, home of The RSM Classic, recently received some exciting news: Forbes recognized Sea Island Resorts with four Five-Star awards! Below are highlights of these prestigious recognitions. Read details here. 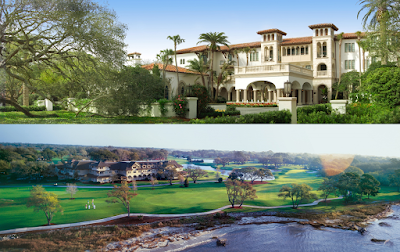 
This week, the golf action is coming from Mexico City, where the World Golf Championships – Mexico Championship is in full swing.  Playing in the tournament are Team RSM members Zach Johnson and Andy Sullivan [European TOUR], as well as past RSM Classic winners Kevin Kisner (2015) and Mackenzie Hughes (2016). Mackenzie is the first to tee off at 11:03 a.m. CT from tee No. 1; from the same tee, Kevin tees at 12:09 p.m.; shortly after at 12:20 p.m., Andy will tee off from tee No. 10; and from tee No. 10, Zach starts at 12:53 p.m. Best of luck to all “our guys” in Mexico City!

﻿
Posted by Unknown No comments: