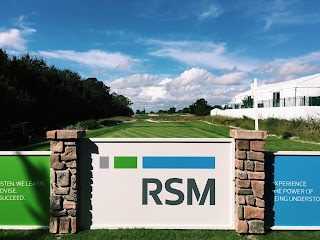 2016 has nearly come and gone, and we, like many others, are reflecting on the year that’s nearly over. As we look back, we’re reminded of the many exciting and rewarding moments from Team RSM and the seventh annual RSM Classic. Here are Just a few:


The PGA TOUR is also pausing to remember some of the highlights from 2016, and recently shared three of their “Top 10” videos. You can check them out here:


Top Shots From the Bunker on the PGA TOUR in 2016


Before signing off, we want to wish our readers a wonderful and safe holiday and a happy and prosperous new year! We’ll be spending time with family and friends next week, so won’t be posting a golf blog update until the first week in January. See you in 2017!
Posted by Unknown