Big news from The RSM Classic and the Davis Love Foundation: country singer and rising star Cole Swindell is coming for you, Sea Island, on Sat., Nov. 17! Cole will headline the tournament’s annual Saturday night concert, which will once again be presented by Southeast Georgia Health System, and held at the McKinnon St. Simons Island Airport. Cole and Team RSM member Davis Love III shared their excitement in a news release by saying: 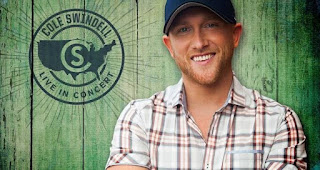 “Being from Georgia, going to college here and loving golf, I couldn’t be more excited to be performing at this event,” said Swindell.  “It’s such a cool venue and for a special cause.  You should be here.”


“We’re thrilled to bring the Platinum-selling artist to the Golden Isles to perform,” said Davis Love III, Tournament Host, 21-time PGA TOUR winner and 2016 U.S. Ryder Cup Captain. “He is a fantastic performer and one of Georgia’s own.  There’s no doubt he’ll be performing before a sell-out crowd. This concert would not be possible without the support of Southeast Georgia Health System and RSM.”


Following that amazing news, we have a question for you: Are you a fan of The Amazing Race? Well, our very own Team RSM member Chris DiMarco auditioned with his wife, Amy, for the upcoming season. Fingers crossed they make the show – that’d be fun to watch! Would YOU tune in to watch Chris and Amy DiMarco compete?


This week, we’re following two tournaments: the Barracuda Championship in Reno, NV and the World Golf Championship – Bridgestone Invitational in Akron, OH. Our “guys” are playing in both: Past RSM Classic champions Heath Slocum (2010) and Ben Crane (2011) are at the Barracuda Championship and Team RSM member Zach Johnson will join Davis, as well as additional past RSM Classic winners Chris Kirk (2013) and Kevin Kisner (2015) at The Bridgestone Invitational. 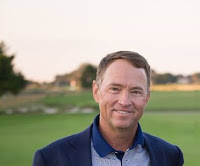 This is an extra special week for Davis, as he is being honored as the 2016 Ambassador of Golf at The Bridgestone Invitational. The PGA.com article states that the award is presented annually to a person who has fostered the ideals of the game on an international level and whose concern for others extends beyond the golf course. An excerpt from the article states:


Love said he still sees himself "as a kid playing golf." But he knows the value this honor would hold for his father.


"I never really saw myself as an ambassador or a Payne Stewart Award winner or a Bobby Jones Award winner. But I've said over the last few years my dad would have been as proud or more proud of those awards or being named Ryder Cup captain than me winning golf tournaments because that's what he stood for," Love said.


You can read the full article here. We can’t think of a better guy to receive this award. Congrats and well deserved, Davis!


Below are “our” players tee times. Best of luck, guys!

Before wrapping, we want to wish everyone a safe and wonderful Fourth of July weekend! We hope you are able to celebrate this special day with friends and family. We'd love to know what you have planned this holiday, so leave a comment below!