A Smorgasbord of Announcements 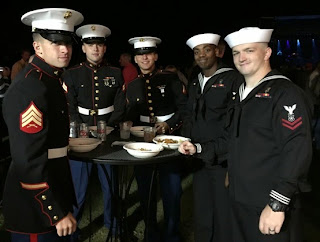 Veteran’s Day to thank those who served and/or are serving our country. We hope you were able to thank a Veteran, as well. We are so grateful to those who protect our country’s freedom. In fact, Military Appreciation Day is something we look forward to each year of The McGladrey Classic because it gives us an opportunity to publicly thank those who serve. Check out the picture from this year’s tournament – it’s one of our favorites.

Also earlier this week Sea Island (home of The McGladrey Classic) shared some exciting news: they named John Wade as the new head golf pro at The Lodge. Wade will be in charge of all golf operations at The Lodge, which is located between Plantation and Seaside golf courses – the two courses that will be used at the 2015 McGladrey Classic.


Speaking of Davis, he’s in Mexico this week for the OHL Classic at Mayakoba. Davis had an early start this morning teeing off at 6:35 a.m. CST from tee No. 10. Go, Davis!


And last but certainly not least, 2014 McGladrey Classic winner, Robert Streb, was featured in a fantastic PGA Tour article about the resemblance of his career play to Jimmy Walker’s. According to the article, in four starts this fall, Robert has three top 10s, including a win. He has already secured his first trips to Kapalua and the Master’s Tournament and leads the FedExCup standings. Pretty impressive for a 27-year-old in his third season on TOUR! Be sure to also check out this PGA Tour video on Robert and his wife talking about life off the course.


Check back next week as we’ll have a special guest post from a volunteer at The McGladrey Classic!
Posted by Unknown