Celebrating and Playing the Game of Golf 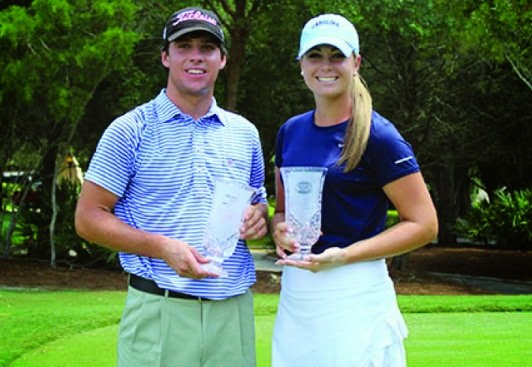 Last week, The American Junior Golf Association (AJGA) and the Davis Love Foundation (DLF) hosted the Davis Love III Junior Open at Sea Island Golf Club (July 22-24). The 78-player field featured players from 12 states, Canada, China, Japan andn Thailand. They played 54 holes on the Seaside at Sea Island, GA - the same course the pros play during The McGladrey Classic (scheduled for Oct. 20-26 this year). Will Chandler of Atlanta, who has verbally committed to the University of Georgia, won the Boys Division. Capturing the Girls Division was Kelly Whaley of Farmington, Connecticut. Whaley has verbally committed to the University of North Carolina, the alma mater of tournament host Davis Love III. Check out their smiling faces in this picture of them with their trophies. Way to go, Will and Kelly!


Speaking of Sea Island, for the second year in a row, The Lodge and The Cloister have been named two of the top five resorts in the Continental U.S. in the Travel + Leisure World’s Best Awards. Also making the best hotel spas in the country, The Spa at Sea Island was ranked third. Congratulations to Sea Island on all their well deserved achievement this year! We look forward to returning to the island for The McGladrey Classic in October!


Also this week, Zach was featured in the August issue of Golf Digest magazine. Discussing how to get a power boost at impact, the article, “Snap Your Swing For Distance,” focuses on how players can increase their golf swing speed with their arms – much like Zach does. An excerpt from the article shares:


Zach Johnson, whom I've worked with since 2000, is a great example of snap speed. He's not a long hitter, but he's in the top 10 on tour in a stat called total distance efficiency, which means he optimizes his speed at impact. If you want more distance, you've got to snap it like Zach.


Mike Bender (@MikeBenderGolf) shared on twitter the breakdown of what he means by snap speed. If you’re interested in learning more, read the full article. 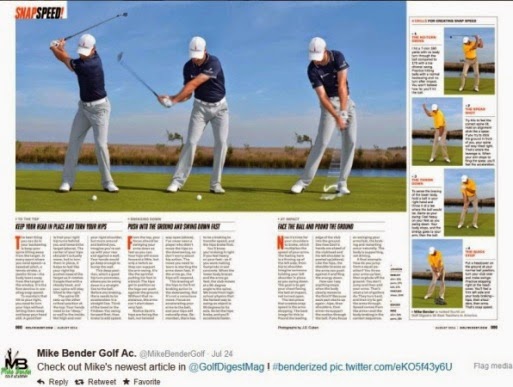 Before closing this week’s post, here’s a bit of trivia for you. Did you know that August is National Golf Month? It’s true! It’s a real thing! In honor of the month, how do you plan to celebrate? If you need a few ideas, check out these 18 ways to celebrate from the Daily Tee.

Check back next week for more updates on Team McGladrey and The McGladrey Classic. This year’s tournament is only 80 short days away…!
Posted by Unknown