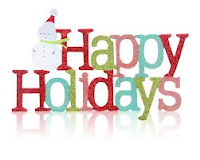 This past weekend, Team McGladrey Member Chris DiMarco was paired with Billy Horschel for the Franklin Templeton Shootout, where they finished fourth! You can bet there was celebrating going on after that tournament. Chris also had another reason to celebrate recently: he and his wife Amy celebrated 22 years of marriage. Congrats, Chris and Amy!


As the end of the year draws near, we’re reflecting a bit on 2013, and we have a lot to celebrate this holiday season. 2013 was an incredible year for McGladrey and for Team McGladrey. A quick recap of just a few achievements includes:


·         Davis Love III was the captain’s assistant at the U.S. President’s Cup, alongside Zach Johnson who was part of Team USA.
·         Home of the McGladrey Classic, Sea Island Resort’s, The Lodge and The Cloister, were ranked #1 and #2 resorts, and The Spa ranked #4 hotel spa in the Continental U.S. in the Travel + Leisure 2013 World’s Best Awards!


The PGA TOUR also did a recap video of the best shots from 2013. Our very own Zach Johnson came in at No. 4 on this list for his shot on day 3, tee 15 at the Presidents Cup, and No. 2 for his 18th hole shot on the final round at the Northwestern Mutual World Challenge. Impressive!

We’ll be taking a break the rest of this month to wrap up things at the office, and to spend some time with family and friends. We hope you’ll check back with us in the New Year, and we wish you and yours a joyous holiday season!
Posted by Unknown