Winding down and looking to the future 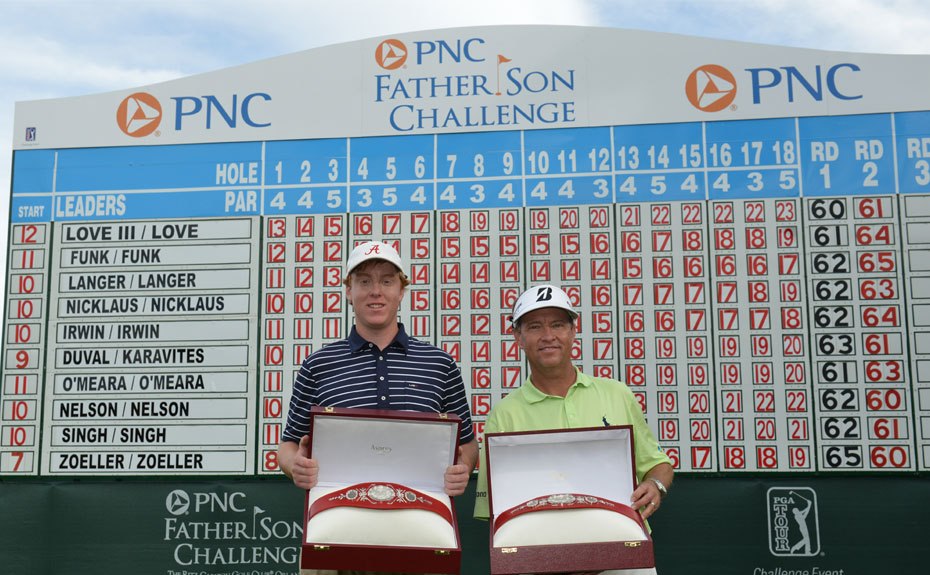 This past weekend was one Team McGladrey Member Davis Love III will always remember as he teamed up with his son Dru for the PNC Father-Son Challenge and won! The icing on the cake was when Davis watched Dru make the winning putt. Congratulations to the Love pairing!

As we mentioned in last week’s post, Tom Watson was named the 2014 U.S. Ryder Cup team captain. While at the PNC Father-Son Challenge, Davis talked about how excited he is by this selection and how he is now more motivated than ever to make the 2014 team. Davis also commented on the Golf Channel, saying, “The more I think about it, the more excited I get. It makes me want to make the team because I had so much fun with him in ’93. I would love to do it again.” 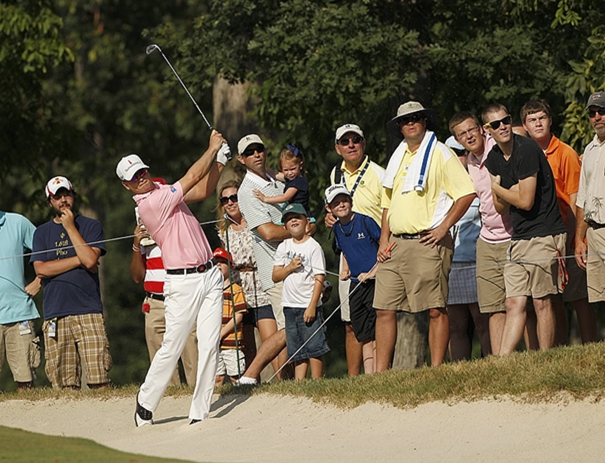 Speaking of the Golf Channel, they recently posted their Top 10 picks for 2012 in numerous categories. Team McGladrey Member Zach Johnson came in at No. 9  in Best Shots for his second hole of sudden death shot at the John Deere Classic. Johnson hit a 6-iron, from 193 yards in a fairway bunker, inside a foot from the hole – talk about a shot that had everyone on the edge of their chairs!
With the year wrapping up, I know all you golf fans are now wondering how you’ll get your “golf-fix.” Not to worry! The PGA TOUR has recently released their schedule for the first six events of the 2013-2014 season. Due to the new structure of their schedule, you might have noticed that The McGladrey Classic is now in November (4-10, 2013) since we are now part of the FedEx Cup season. To view the rest of the PGA TOUR 2013 schedule, click here. Tournaments start up first thing in the New Year!


Switching back to The McGladrey Classic, the total proceeds came in from the 2012 tournament. An astonishing $400,000 was raised for Special Olympics, Southeast Georgia Boys and Girls Clubs and other charitable organizations. This was a 33% increase from the previous year! So far, The McGladrey Classic has raised more than $850,000 since the inception in 2010.  We are so proud and honored by the humbling contributions The McGladrey Classic has received for charitable organizations these past three years. We are looking forward to the future and how much we can continue to give back.
"Like the game of golf, McGladrey has a strong commitment to giving back to those in need," said PGA TOUR Professional and Team McGladrey Member Davis Love III, whose foundation hosts The McGladrey Classic. "It's a pleasure to partner with an organization whose values are so closely aligned with those of the game and of the Davis Love Foundation."

We hope all of our readers are enjoying this holiday season, and that you’ll check back here January 3, 2013 when we resume these updates after enjoying a bit of time with family and friends ourselves.
Happy Holidays and Happy New Year!
Posted by Unknown