Just a Little More Than Two Weeks Until The McGladrey Classic 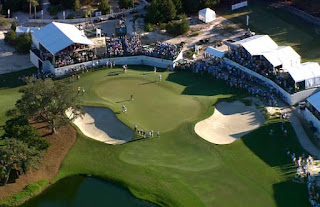 It feels as if it was just a few days ago that we were packing up to return from Sea Island following the second annual McGladrey Classic. It’s hard to believe that in 17 short days, the third McGladrey Classic will be in full swing. Follow us the whole week (Oct. 15 – 21) at Sea Island as we bring you updates and the inside scoop here on the McGladrey Golf Blog and via our social media channels – McGladrey News on Facebook, @McGladrey on Twitter, and McGladrey on LinkedIn. It’s going to be an exciting week so stay up-to-the-minute with us!

These past two weeks, action has been picking up on-site at The McGladrey Classic. More commitments have been added to the lineup, including Stuart Appleby, Rory Sabbatini and David Duval. The McGladrey Classic hosted Media Day on Monday, September 17 which allowed PGA TOUR players (including tournament host Davis Love III) and McGladrey leaders to answer questions about the upcoming tournament and related activities from national and local media outlets. You can listen to Matt Adams’ ‘Fairways of Life’ to hear an interview with Davis and with McGladrey’s Chief Marketing Officer, Bob Gerardi, here. Finishing touches are being done on the tents and chalets located around the course. The course is coming along great and looks beautiful. You can view pictures of The McGladrey Classic build on our Facebook page. And The Dawg House, a new feature this year, is going to be an amazing place to watch the tournament. There doesn’t seem to be a bad view no matter where you stand. It’s not too late to purchase your tickets! 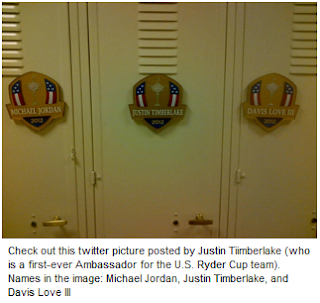 But before things officially kick off with The McGladrey Classic, we want to wish the best to Team USA as they compete for the Ryder Cup.  The team includes Team McGladrey Members Zach Johnson and Davis who, of course, is this year’s Ryder Cup Captain! And speaking of the Ryder Cup, did you know Team USA is adding a ‘13th Man’ to the team? It’s YOU! The Ryder Cup has created a platform that brings fans from across the world together to pull for the players. Become a ‘13th Man’ here and join in on the tweet battle between Team Europe and Team USA.

Check back in next week for the latest updates on The McGladrey Classic and Team McGladrey.
Posted by Unknown