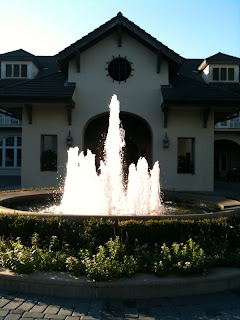 We’d like to start this week’s update by making you aware of a recent article about The McGladrey Classic by Dave Jordan, sports editor with The Brunswick News. Dave’s article says that the Seaside Course on St. Simons Island was “Masters-like” for the inaugural McGladrey Classic, and says that the event, as a whole was a “smashing success.” (He even took credit for last year’s incredible weather, and said he’ll do the same this year, assuming the weather is equally as amazing. Here’s to hoping that will be the case, and thanks in advance for that, Dave!)

Last week, we announced that Platinum-selling country singer Darius Rucker will perform a concert during this year’s event (Wed., Oct. 12 at 7:30 p.m., ET). Well…tickets are now on sale. Get yours today. And while you’re getting your concert tickets, go ahead and get your tournament tickets. This year’s field is shaping up to be impressive. You won’t want to miss what’s sure to be our second annual “smashing success!”

Also this week, Team McGladrey Member Natalie Gulbis is in France for the Evian Masters (July 21 – 24), while Team McGladrey members Davis Love III and Zach Johnson are playing in the CVS Caremark Charity Classic (July 19 – 21) at Rhode Island Country Club. And coming soon…the first ever Zach Johnson Foundation Classic will tee off in Cedar Rapids on Aug. 1 at Elmcrest Country Club. Proceeds from the tournament will go to some of Zach’s favorite area nonprofits.

Next week, we’ll be taking some time off for a little vacation (which we hope will be yet another…you guessed it…“smashing success”). Please check back with us for our next update on Aug. 4.
Posted by Terri Andrews No comments:

Darius Rucker to Perform at The McGladrey Classic, Plus Other News from the World of Golf 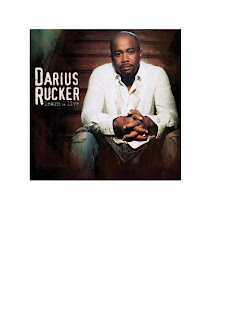 Lots of exciting events and announcements this week in the world of golf! First, we’d like to start by congratulating Steve Stricker on winning the 2011 John Deere Classic. This made Steve just the 10th golfer since World War II to win a tournament three straight times, joining an elite group that includes Jack Nicklaus, Arnold Palmer, Tiger Woods, Tom Watson, Ben Hogan and Johnny Miller. If you’d like to join us in congratulating Steve, just leave your comments here, and we’ll pass them along.

Earlier this week, we were thrilled to announce that platinum-selling singer Darius Rucker, formerly lead singer of Hootie and the Blowfish, will perform at The McGladrey Classic the evening of October 12! Tickets to The McGladrey Classic (Oct. 10 – 16) are on sale now. Concert tickets will go on sale in the coming weeks. For more information about the concert and other tournament week activities, visit www.mcgladreyclassic.com.

Also earlier this week, we were honored that The McGladrey Classic, was selected by Elegant Island Living readers as the Special Event of 2011. We appreciate the southern hospitality shown by everyone at Sea Island during last fall’s inaugural event, and look forward to returning in October!

The third major of the year is underway and Team McGladrey members Zach Johnson and Davis Love III are playing in The Open Championship this week at Royal St. George’s in Sandwich England and, of course, we’re pulling for them!

We close this week’s post by acknowledging the passing of a great supporter of the game of golf. Rest in peace, former First Lady, honorary LPGA TOUR member and 25-year tournament host Betty Ford. You will be missed.
Posted by Terri Andrews No comments: 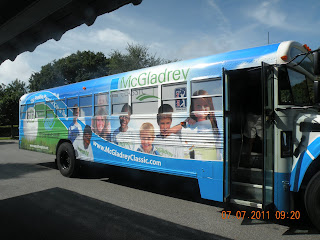 At the risk of repeating ourselves, we’d like to start this week’s update by reminding our readers of the upcoming July 10 deadline for voting for your favorite Caddie for Love contestant. Don’t miss your chance to let us know who you think should win this once-in-a-lifetime opportunity to go inside the ropes with Team McGladrey Member and 2012 U.S. Ryder Cup Captain Davis Love III at The McGladrey Classic in October. Cast your vote now!

After you cast you Caddie for Love vote, take a minute or two to sign up to volunteer for this year’s McGladrey Classic. (Hard to believe it’s less than three months away!) In addition to Davis, Team McGladrey members Chris DiMarco and Zach Johnson played in last year’s inaugural tournament, along with many other golfing greats, including last year’s winner, Heath Slocum.

This year’s players field is shaping up to be equally as impressive, so we hope you’ll join us for the fun, and that legendary Sea Island hospitality (not to mention the great food)!

Team McGladrey members Davis, Chris and Zach are all playing in the John Deere Classic at TPC Deere Run in Silvis, IL this week, where, for the second consecutive year, members of the PGA TOUR Wives Association supported local families by distributing food (an impressive 12,000 pounds, to be exact) through the River Bend Foodbank Mobile Food Pantry and the John Deere Classic Birdies for Charity program. They also presented a check for $2,000 to the food bank. We love to the fact that the game of golf does so much for the community!

Speaking of the community, we’re proud to support Special Olympics and Boys & Girls Clubs of Southeast Georgia through The McGladrey Classic. We just received pictures of the Boys & Girls Club of Southeast Georgia’s new bus, which proudly displays The McGladrey Classic and Davis Love Foundation logos. We've included a photo at the top of this post. What do you think?

Team McGladrey Member Natalie Gulbis is playing this week in the U.S. Women’s Open. Check out the twitpic she posted of her cool new red-white-and-blue U.S. Open bag. Pretty patriotic!

That’s it for this week’s update. We hope you’ll check back next week.
Posted by Terri Andrews No comments: