The ABCs of Golf 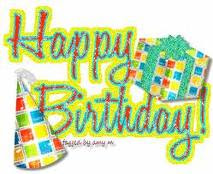 While these might not be “the” ABCs of golf, we have a few things we’re referring to as this week’s “ABCs of golf:” an Accolade, a Birthday and a Commercial. And because he’s so near-and-dear to our hearts and since today is the actual “big day,” we’d like to start with the Birthday. HAPPY BIRTHDAY to Team McGladrey Member Zach Johnson, who is celebrating his 35th today!

Finally, the Accolade: We’re closing this week’s update by congratulating Aaron Baddeley on winning the 2011 Northern Trust Open, and by reminding our 2010 McGladrey Classic volunteers that they can sign up now to volunteer during this year’s event, (scheduled for Oct. 13 – 16).

What would you like to read here next week? Let us know, and we’ll do our best to accommodate your suggestions.
Posted by Terri Andrews