Congratulations to Team McGladrey member Natalie Gulbis and the entire USA Team on winning the Solheim Cup! With that victory behind us and with back-to-school activities in full swing, our thoughts are turning to the fall. And with thoughts of fall come thoughts of the National Championship for The McGladrey Team Championship, scheduled for Oct. 26 – 28 in beautiful Pinehurst!

This third year of The McGladrey Team Championship will be extra special for two reasons: (1) all three Team McGladrey members – Chris DiMarco, Natalie Gulbis and Zach Johnson – will come together for the first time, and (2) we’ll continue our focus on The McGladrey Team Championship/Special Olympics partnership.
Throughout Special Olympics 40-year history, athletes with intellectual disabilities have come toge

ther to compete, showing that people of all backgrounds, cultures, races and ages can work together to celebrate what we have in common. Whether they’re receiving an autographed golf ball from PGA Tour Professional Zach Johnson or a putting lesson from LPGA Tour Professional Natalie Gulbis, the excitement and enthusiasm of Special Olympics athletes is contagious.
RSM McGladrey will celebrate Special Olympics athletes through a silent auction at The McGladrey Team Championship National Championship in October in Pinehurst, with all proceeds going to Special Olympics golf program. But, for the auction to be successful, we need YOUR help! 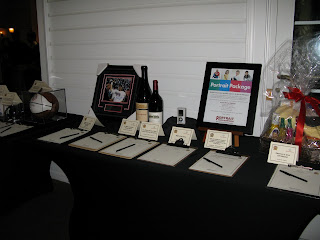 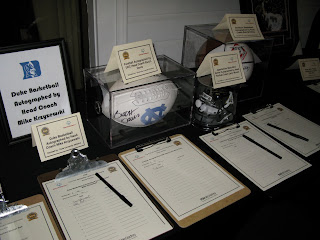 We are looking for donated auction items. These can be products (iPods, autographed sports memorabilia, etc.) or professional services – anything of value on which people might be interested in bidding for a worthy cause. If you have items suitable for donation and/or if you know of someone who might be interested in making a donation, please submit a completed donation form at your earliest convenience. If you have questions, contact Ricki Lasky, Senior Director of Sports Marketing with RSM McGladrey via e-mail at ricki.lasky@rsmi.com or by phone at 980.233.4721.
Thank you in advance for helping prove that with the right team, anything's possible!

Posted by Terri Andrews No comments:

After last Thursday's first round of The PGA Championship at Hazeltine National Golf Club many had counted Zach Johnson out. After his first round score of 74 (+2) many expected him to disappear to the bottom of the leaderboard, with some even speculating that he would miss the cut.

Zach being the tenacious competitor he is, took to the range and putting green following his opening round and worked on the things that had plagued him as he made his way around the lengthy Hazeltine layout. The PGA Tour veteran went into the week knowing that the golf course was going to play extremely long and that he was going to have to rely on his accuracy and superb shortgame to shoot the scores he needed to to be competitive.

Over the course of the next three days, Zach played well and handled the tough conditions set forth by a major championship like the champion he is. He made a steady climb up the leaderboard and by the conclusion of play on Sunday, he had secured himself a Top 10 finish.

Posted by Heather Fueger No comments:

Walk Within the Ropes video...check it out!

Earlier this week RSM McGladrey executives along with Team McGladrey member Zach Johnson presented a check for $42,000 to Special Olympics. The donation was raised over the course of the summer by the Great Plains region. Check out the video from the event below! You'll get to see Zach with Special Olympians, as well as RSM McGladrey and PGA of America representatives. Exciting news this week from The PGA Championship at Hazeltine!

Team McGladrey Member and PGA Tour Professional Zach Johnson was on hand to help McGladrey employees from the Great Plains region present Special Olympics with a $42,000 donation, raised by employees over the course of the summer. McGladrey executives, Special Olympics athletes and other VIPs were there to help celebrate the occasion.

McGladrey employees who donated $1,000 or more were eligible to win an opportunity to participate in The PGA of America’s “Walk within the Ropes” program during the Championship. McGladrey & Pullen Managing Director Christi Mack of Minneapolis was the lucky winner of this once-in-a-lifetime opportunity, and is scheduled to walk with Zach Johnson, Mike Weir and Boo Weekly tomorrow (Fri., Aug. 14).

Those were our highlights from this week. What were your week’s highlights? What’s coming up? What would you like to talk about here on our blog? We’re anxious to get the conversation started!